HELPING CHILDREN THINK OUTSIDE THE BOX

When Martin first developed the idea of ‘The Villes’, he wanted to create a series of fun stories that would encourage young children to solve problems for themselves.

By following Herman on his adventures, they learn the art of  ‘thinking outside the box’ and taking a ‘helicopter view’ on issues…and although they probably won’t be struggling with issues like living in a place that’s constantly windy (Windyville), or where everyone is perpetually late (Latesville), they will hopefully be able to utilise these problem solving skills to solve the smaller issues they may face in their own world.

Martin Roberts is one of the UK’s most respected Property, Travel and Lifestyle TV presenters and journalists. Over the past 30 years he has appeared on BBC TV and Radio, ITV, CNN and Satellite TV Worldwide.  He was a regular presenter on ITV’s top-rated travel show ‘Wish You Were Here..?’ for 8 years and the travel editor of ‘Woman’ magazine for 15 years.

For the past 16 years he has written and presented the hit BBC property auction show ‘Homes under the Hammer’, which is shown on BBC1, Satellite and internet Channels Worldwide and is now in its 24th series, with over 1750 programmes produced.

He is a respected UK and Overseas Property expert, appearing as expert guest on programmes such as ‘BBC Breakfast’ , ‘BBC  News 24’, ‘Sky Sunrise’, and  BBC Radios 2, 4 & 5 Live. His ‘property specials’ in the Jeremy Vine slot (midday to 2pm) on Radio 2  have been hugely popular.

He has been a celebrity contestant on Eggheads, Celebrity Mastermind,  Celebrity Pointless, Ready Steady Cook, Masterchef, Through the Keyhole, Impossible Celebrities  and Hole in the Wall.

In November 2016 Martin entered the Australian Jungle to take part in  ITV’s flagship family entertainment show  “I’m a Celebrity…Get me out of here!” watched nightly by over 12 million viewers, his hatred of beans and rice, love of trees and talcum powder, and fun, engaging and spirited character made him hugely popular with the viewing public. He ended in sixth pace, surviving all but two days in camp.

For the past 16 years, Martin has been the main presenter on one of the most popular property shows ever created. Every morning, countless millions stop what they are doing, put on the kettle, tune in to BBC1 and settle down to watch Martin and his fellow presenters visiting properties all over the UK that have been sold Under the Hammer.

One of the keys to the programmes success, is that Martin ‘walks the walk’. He is a property developer and a quick glance at his fingers and arms proves that he is very much ‘hands on’.

From advice on dealing with damp, to teaching people how to become property investors themselves through his property training courses, Martin loves to impart his years of experience and encourage others in to the exciting and potentially profitable world of property.

Weston College is an Ofsted outstanding college of further and higher education in Weston-super-Mare. It provides educat 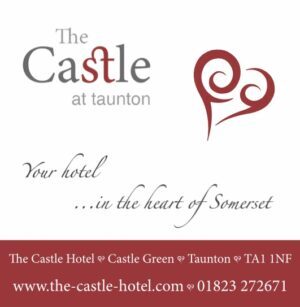 The Castle is one of the most renowned 4-star hotels in England. It is also one of Great Britain’s most historic, with o

SEND YOUR QUESTION TO MARTIN

Martin would love to hear from you with anything property or The Villes related, so go ahead, send him a note.